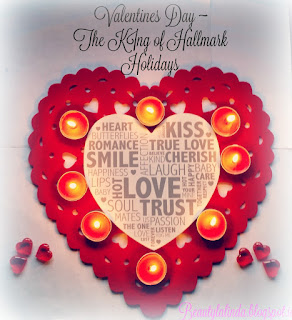 I hope everyone is having a fantastic day!! Whether your spending the day with your beloved or you are rocking it as a single pringle like myself I wish you a Happy Valentines Day!

Ah Valentines Day ..... Love is in the air! So why have I dubbed it the King of Hallmark Holidays!? It could be argued that Christmas is the most commercial of all the holidays & you would probably be correct but the difference is majority of people know the true meaning of Christmas and how the Legend of Santa Claus began, Where as I can almost guarantee most people have know idea where Valentines Day came from! Therefore the act of celebration is merely commercial. Advertisers saw their opportunity & pounced!

Dont worry I got your back. Linda's here to help with a little history lesson!

So where did this mutli - billion dollar industry stem from??

Although there is a still a little dispute over it, we do know that it originates from both Roman & Christian tradition. Catholic History tells us that there has been 3 Saints named Valentine but there has only been one that I have ever heard about & only one that fits the bill!! 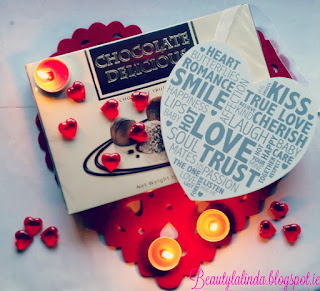 In Ancient Roman times Emperor Claudius II Declared a ruling to make marriage illegal. This is because he believed that soldiers fought better when single. Saint Valentine took it upon himself to marry young couples in secret under threat of death. He was discovered & the Emperor ordered that he was put to death. Legend has it that he sent the first ever Valentines card himself while in prison to a young girl he fell in love with signing off  "From your Valentine"

Valentines Day is also not celebrated on the anniversary of his birth or death. It was decided by the catholic church to replace or "christianise" the pagan festival of "Lupercalia" which was a fertility celebration. Although even as far back as roman times February has always been celebrated as the month of all things love & romance.

Although this is legend, Valentine is still recognised today & is celebrated each year even though his story is not often told.

When doing this post I had already heard the legend of Valentine but after doing a bit of research found the part about the 1st Valentines card & the replacing of lupercalia. I dont know if its all true but its kinda cool (well I think so anyway)

So there you have it!! The reason millions of roses are being produced each year, trees upon trees are being cut down for valentines cards to be sent by secret admirers, millions of heart shaped boxes filled with chocolate are flying off shelves, you cant get a reservation in anywhere on feb 14th for love nor money & the jewllery industry are making a killing!! (or on the other hand if your single, Off-licences/liquor store, cat store & still the chocolate industry.... man those guys are winning from all angles haha... I joke)

Anyway I hope this was both interesting and informative! I hope you enjoyed it & now when people talk about V Day you can be like "do you know how this all started??" haha.

I hope it was fun to read. I dont know if Im on my own here (I hope Im not!) but I really like knowing where things start and come about & the reasons why us humans do the things we do.. cause lets be real... we are all a little bit crazy!! haha 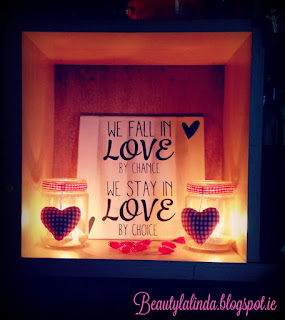 Once again whatever way you are celebrating today I hope its a good one!!

Goodbye my lovlies
& as its Valentines Day I want to tell you all I Love You Guys!!! Mwah!!