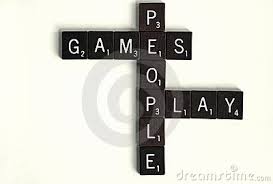 Recently my personal life has been totally over taken by drama in every sense of the word. In recent conversations with friends and confidants a few interesting topics came up and a few things people have said have resonated with me.

One of these things is the games people play. Everyone plays games in life weather they intend on it from the beginning or not... You are lying if you say you have never done this. Think about it.. really think about it... when it comes to getting a job or even relationships. Not everyone intends on playing games in order to create drama or chaos just for the shear hell of it. More often then not its a form of self preservation and not getting hurt. Nobody wants to be too vulnerable or break down walls for someone or something that they are not quite sure about, especially when it comes to relationships in a romantic sense but game playing does somehow seep into other areas of your life.

I think from an early age we are taught and encouraged to play games. Its a form of power play. I remember from an early age when the girls would all sit around talking about their crushes and how they would get them, find out if they liked them back, what were they thinking... Books, Magazines, Tv shows & Movies all encourage this game playing. I mean everyone's heard of the 3 day rule right!? Yes harmless but a game nonetheless.. Its all about power and control, the way you come across to the person intended. Us girls are taught not to be too forward (clingy), Give each other names and reputations.. but its the same for the boys, men must be strong, knights, heroes. Its all about the game...

Work is the same. CVs (Resumes) are embellished, putting your best foot forward at the interview.. then its all power play where I have, in the past, been witness to colleagues lying about each other but honestly tell me a company where that doesn't happen.

Dont get me wrong games can be fun but sometimes you need to weigh up what your end game is and whats at stake if you lose and this week I learned you make not even know what that is.. you may not even realise the what the game is.

What I have learned in the past week is that sometimes you can be sucked into a game without even meaning to because its fun, exciting and doesn't seem to have major consequences only to find out that you were not completely aware of not only the game in play but also the other players!

People love gossip. Half truths are always more interesting than the whole truth... you get to make your own ending apparently.

Suddenly you find yourself a part of something much bigger and ... You Lose! Someone said something which has stuck with me... the only way to stop playing is to walk away. Whats done is done and you cant change it. Perception is reality. If people see you as this then This is their reality.. Walk away, continue to be you and people will slowly begin to see the real you and the people that dont... well thats really their loss then isnt it? Even if that is hard to believe at the time.

I wonder what the world would be like with a little less game playing and little more honesty....

Lots of love my friends,

Previous Post - The New Fashion Accessory - Anxiety!? I Think Not - A Dose of Reality!

Have You Checked out my Beauty Blog - Beauty La Linda - MUA
Previous Post - Shop My Stash Part #1! || What I am Throwing away|| Fail Products|| 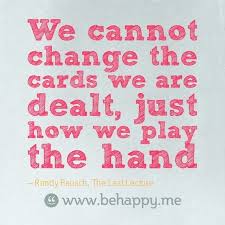