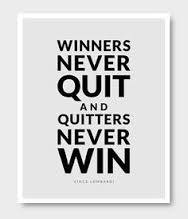 At the moment I am currently on a little break away which is why this post is a day later than usual coming to you as I didnt have time to finish and publish yesterday with all the travelling and what not. Anyway I hope you are not too disappointed & Today I have a midweek motivation for you!!

On the 12th of December Irelands own Connor McGreggor won the belt in a record breaking 13 second KO and became UFCs Featherweight World Champion. There is a lot of controversy over him as person I am aware. As my American friends would say he does a lot of "Trash Talk". Nonetheless no one can deny he has taken the world by storm, put Ireland on the map and is completely undefeated in his field. On top of that he is beating records left right and center. The man deserves respect for that.

He has managed to predict every outcome of his fights, he works hard and has a clear vision and goal for his future. Personally I find him fascinating. He had a goal and by 27 has managed to become a household name and achieved everything he has set out to do with more ideas and goals in the pipeline for the next coming years.

The reason I am talking about him today is because when I was watching the Post-Fight Press Conference the next day,  he said something I had never heard or thought of before. He said "Winners focus on winning, losers focus on winners" He said while his opponent was watch focusing on him and watching what he was doing (training & strategy wise) in all the time leading up to the fight, he was also focusing on what he was doing and not his opponent.  Now I dont like the term losers but the concept is very interesting and I think it is a point that could be valid in many areas of life not just UFC fighting.

Connor McGreggors mind set (from watching interviews, documentaries and the like) Is fascinating. He makes no apologies or excuses for who he is at all. He is focused and determined and says things how he sees it. I mean yes it can come across cocky or arrogant but at the end of the day it is not just talk , he backs it up time & time again! He puts a lot of hard work behind his talk and has yet to miss a mark.

All of us including myself in everyday life , look at what others are doing and make comparisons. Its natural - Look at them all happy in love, engaged, pregnant, big house, cute dogs, great career, 3 holidays a year, loads of money, designer brands, happy family, skinny, good looking....... the list goes on and on and on.... the grass is always greener isnt it??

Well Im going to try and take a page out of McGreggors book and stop making comparisons with my life and my job. Im going to spend an hour this evening and write out everything that I want short term and long term and I going to find out everything I need to do to get there. Obviously there are somethings I have little control over but the things I have control over. Im going to stop looking wistfully at others (well as much as humanly possible) and focus on myself, my life, my goals and my future happiness.

7 years ago Connor McGreggor made a VT saying by his late 20s he was going to take the world by storm, he was going to be the best in UFC and household name, He was going to be undefeated, hold world records and have more money than he could spend. By 27 he has done all of this with so much more to come. Its admirable really.. he never stopped believing or working for it & continues along that path to this day. He said he always believed he was the best he always walked in the Octogon as if he was already the world champion. It was always his belt he just had to show everyone else. That is the mind frame everyone should have for their life. You are already the best other people just need to see it or realise it.

So thats my little bit of motivation for today. Stop making comparisons,, watching what everyone else it doing. Watch what your doing, worry about yourself, your life goals and happiness and all the rest will fall into place.


Previous Posts - Organisation Month - Failure to plan is planning to fail
The Curse of Overthinking...

Have you checked out my Beauty Blog - Beauty La Linda - MUA
Previous Post - Shop my Stash Part #2 || What I am throwing away || Mini reviews!! 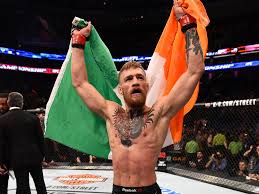